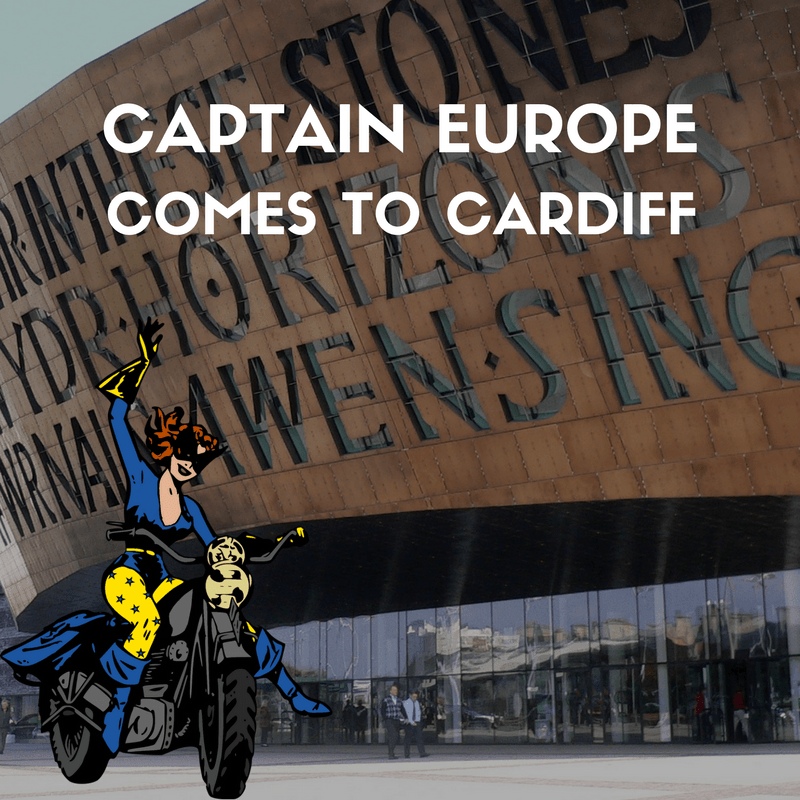 Captain Europe comes to Cardiff! This weekend, YEM UK has hosted a small event dedicated to Captain Europe. The aim? To create a comic book with our friends in Les Jeunes Européens and JEF Spain in English, French, and Spanish telling the story and following the exploits of Europe’s own superhero!

This comic can then complement out Europe at School and wider community outreach work as an organisation! Part of the event went as planned with a small group of YEMers working to develop narratives for Captain Europe, and then create comic book illustrations which represent these narratives.

We were very fortunate to be shown how to do this well by Óliver and Maria who flew over from Madrid especially, and I learned for example about drawing in perspective, which I had never seen being done before! The stories we came up with included Captain Europe fighting a Brexit Battlebus which turned into a big evil robot; her saving refugees in the Mediterranean by pulling together a fleet of small boats; and tying off polluting oil pipelines and erecting clean green wind turbines instead.

Excitingly, the event took a different turn on the second day as at our venue in Cardiff there were many parents with young children. Anna, the Communications Officer, thought it would be a great idea to bring these kids into the activity, and before long we were struggling to find empty seats! Not only did they have a lot of fun, eating doughnuts and filling the walls of the room with colourful pictures but they were introduced briefly to Europe, and so too were their parents over coffee and tea! This experience with the small children in fact helped us develop our ideas further on how to engage the public in Europe, and add a softer side to the work we do than just engaging in serious policy discussions all the time. In fact, we may have opened up a whole new stream of potential future activities for the organisation!